There is a common trend amongst my clients.

They have spent money with an SEO agency in the past only to receive empty promises and no results.

They are actively looking for an SEO service but do not know who to trust. They are afraid to engage a provider as do not want to get burnt, like many others in the photo booth industry have.

They currently spend money on Google AdWords. They understand and accept long term this is a very expensive method to generate enquiries versus SEO.

They are tired of spending money on wedding fairs, Facebook Ads, Instagram Ads, The Knot, Wedding Wire, BARK, Groupon, Thumbtack, YELP and other paid advertising avenues because they have only put more money in, than they have got out.

I can help you combat all four of the above digital marketing pains with my photo booth SEO service. Please read on…

Google now uses over 200+ factors in their algorithm including social signals, user-interaction and trust.

The reality is you will never be able to hit all 200 right away. I don’t use everything. Why? Because it’s nearly impossible.

I’ve figured out a handful of tactics that actually move the needle for my photo booth hire company in London.

Just take a look at the screenshot below: 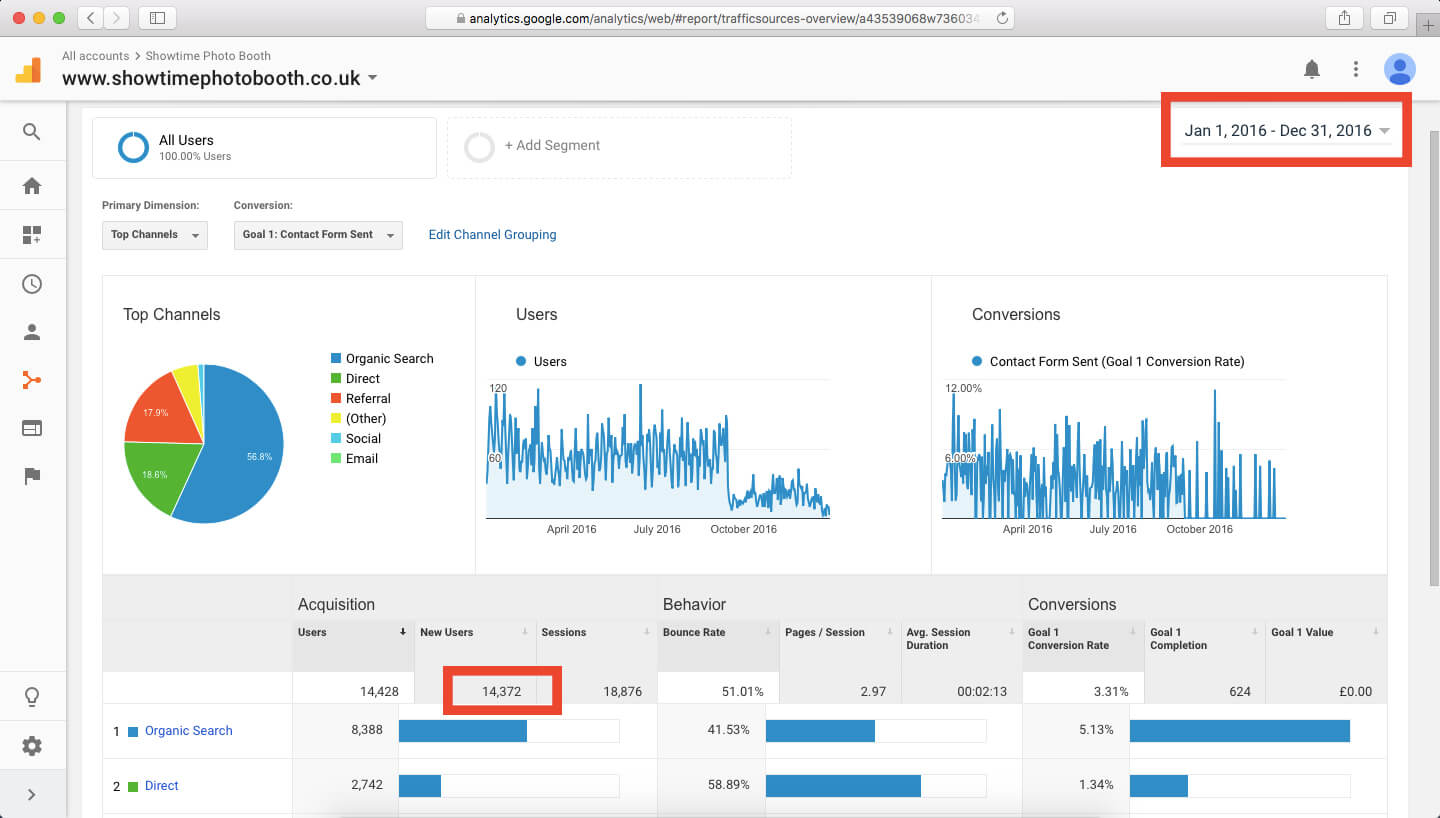 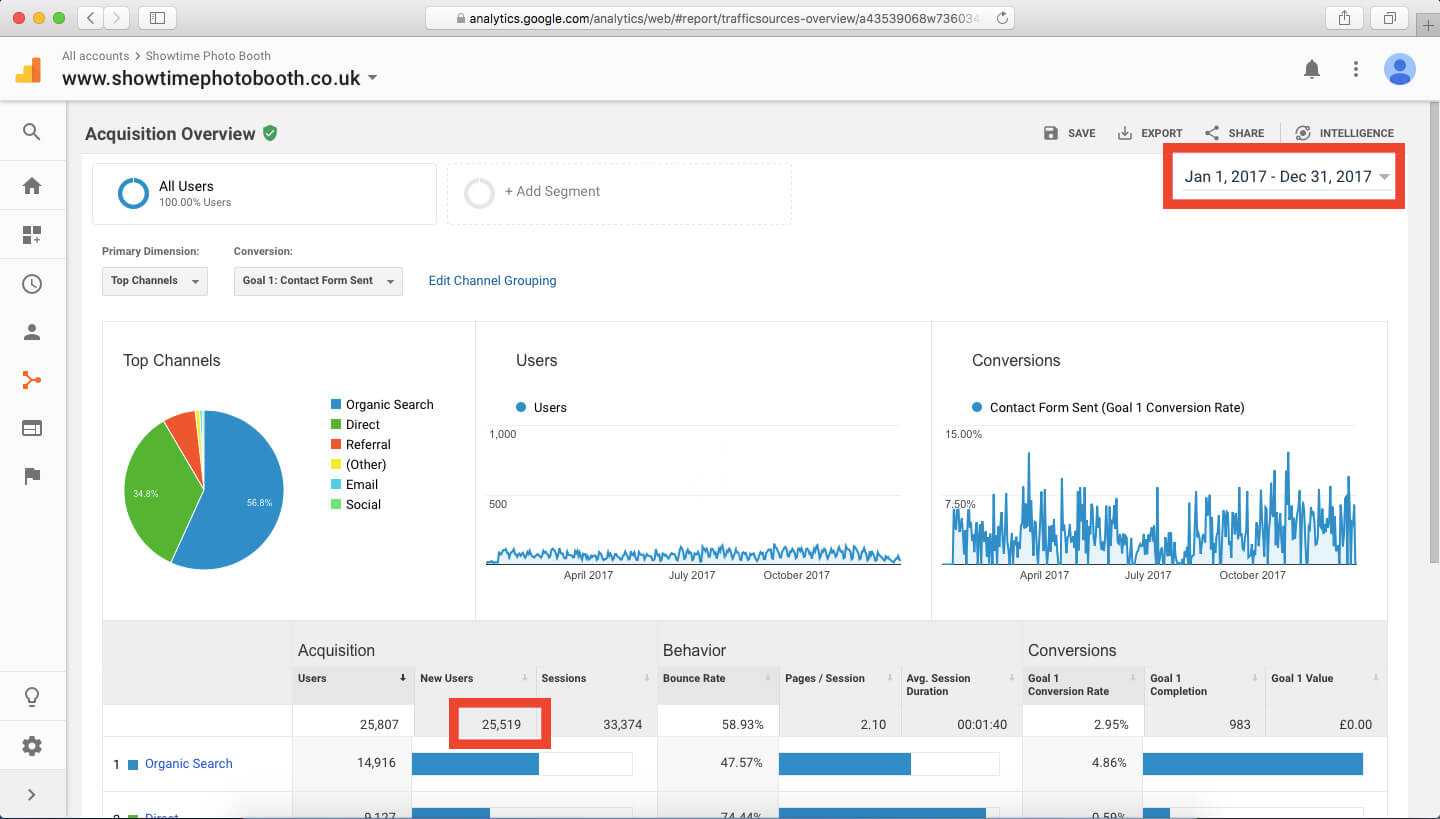 I increased Showtime’s traffic by 178% in one year without spending a single pound on any form of paid advertising.

If you think that’s impressive, just compare the enquiry level between 2016 and 2017. These enquiries were exclusively through Google organic search and completed via our Make An Enquiry page. 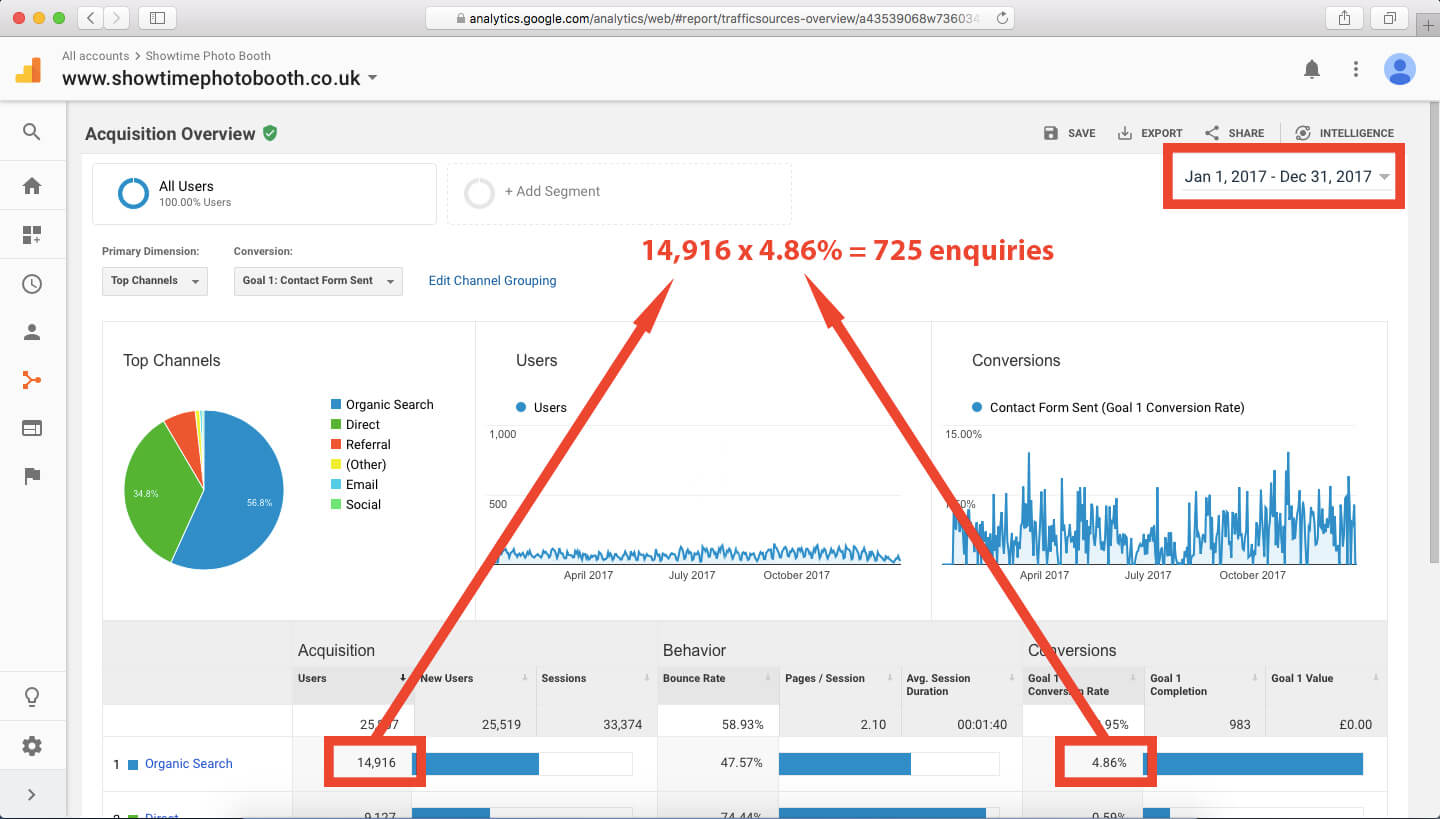 I also track the incoming telephone enquiries. 2016 below:

If you combine 2016’s Make An Enquiry page completions plus the phone calls from the Contact page, the business received a total of 1,226 enquires for photo booth hire in London in 2016.

For 2017, the total combined tracked figure came down to 958 enquiries because I removed our telephone number from 11 pages of our website due to the high number of unsolicited sales calls. Showtime’s telephone number can now only be found on the Contact page and footer of the website, thus delivering a better-qualified lead. 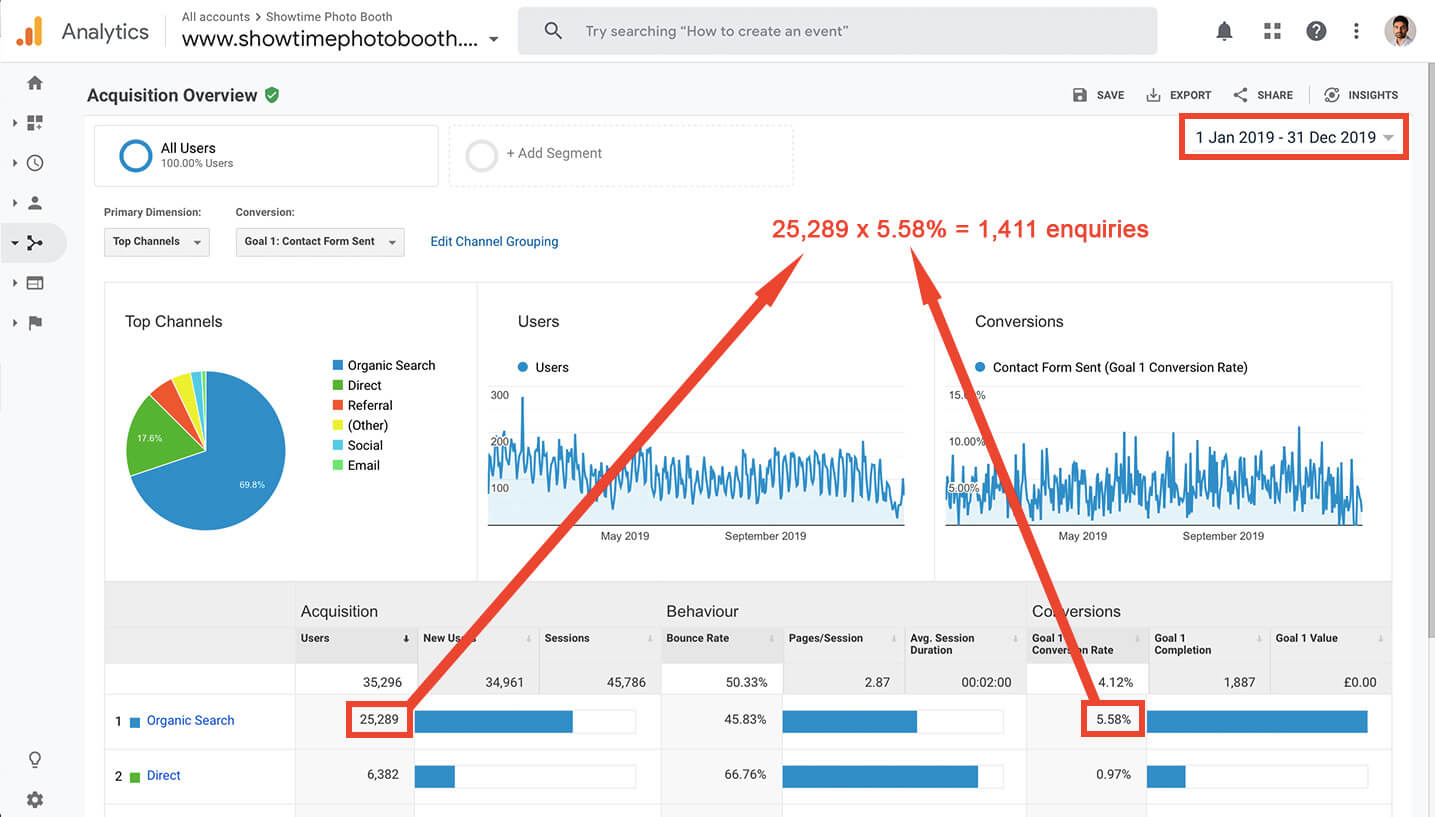 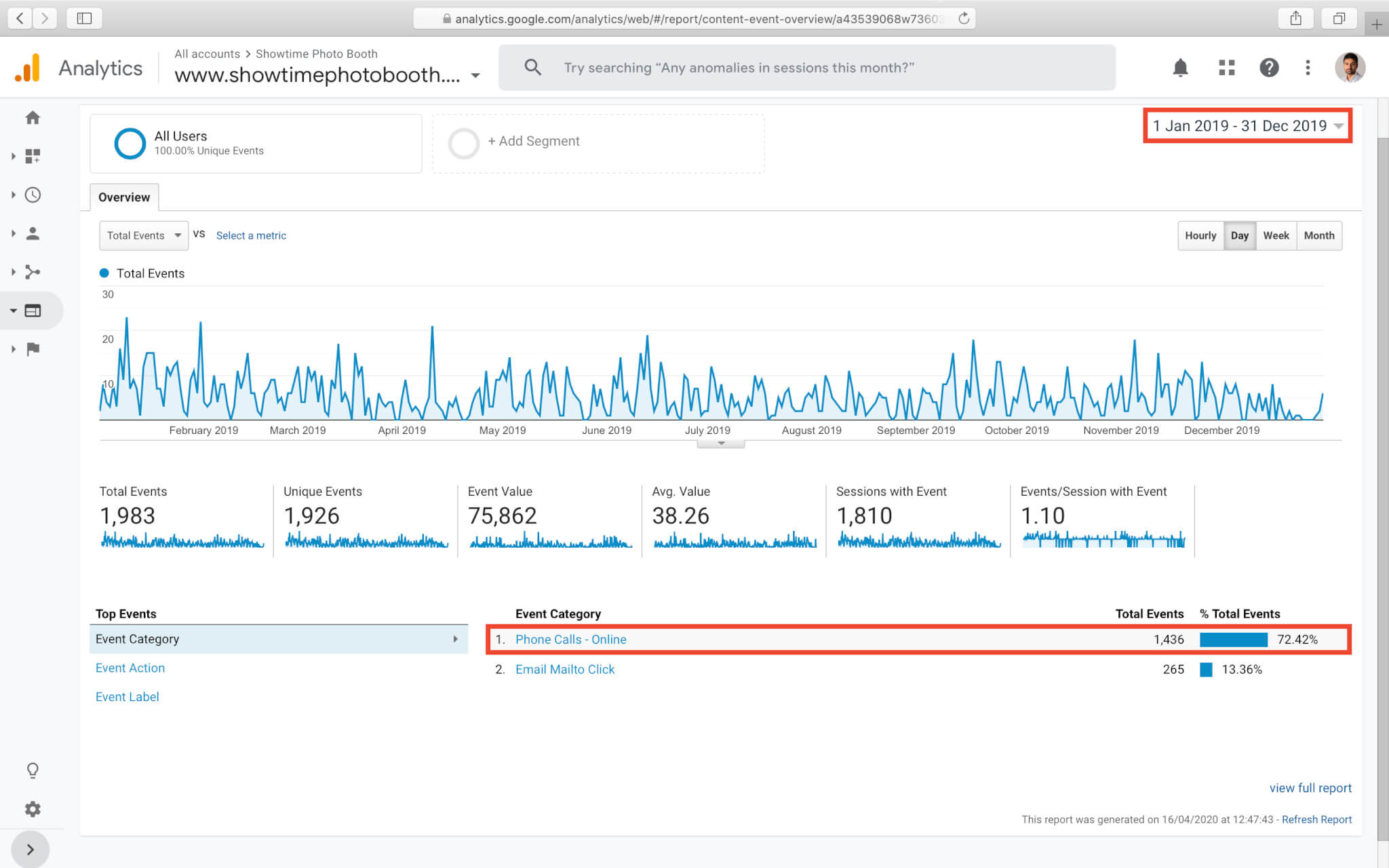 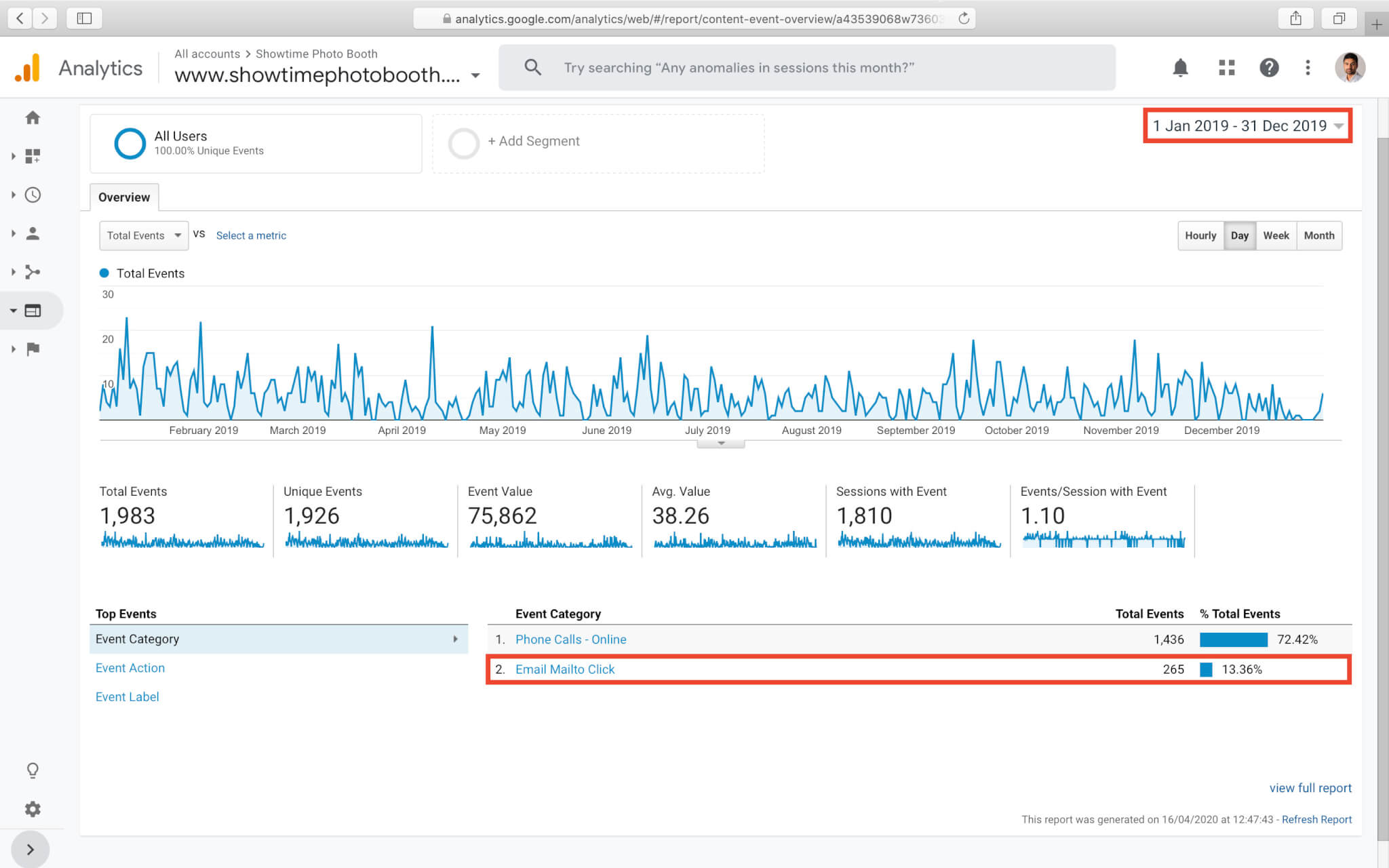 The table below illustrates what happens to the number of enquiries coming from your website, when you have a high performing photo booth SEO strategy in place.

I have not included, in the above table, any of the direct email enquiries we received between 2013 – 2017 as I was unable to track these. The figures are still substantial for a local photo booth business.

As you can see, being at the top of Google is a fantastic place to be as you are giving yourself the highest opportunity to quote for almost all the work going in your local area.

Take a look at the Google search rankings for any of the terms below. Showtime is on page 1 for the following:

This is what I do better than anybody — rapidly boost traffic for photo booth websites.

Achieving these future proof results has not been an easy task.

I spent over £25,000 ($31,639 USD) with multiple SEO agencies, all claiming to be experts in local SEO, between January 2013 and May 2016. I was only ever sold the hope of a Google ranking, therefore forced to go learn and implement my own photo booth SEO which have produced the above results. The point being, I know all the ways not to rank!

Invoices paid to other SEO agencies can be downloaded by clicking on the years below:

Showtime is ranking on page 1 for multiple search terms, in one of the most competitive cities in the world.

If you think what I did for Showtime is impressive, then you can imagine how easy it is for me to rank other photo booth websites on page 1 in less competitive locations?

Below are four reasons why you should engage me as your photo booth SEO partner:

Ultimately this is for people who take action and know a good opportunity when they see one.


And let’s just set the record straight now—an SEO service that is worth anyone’s while is not cheap. Plenty of SEO companies try to stay competitive by outsourcing work overseas and charging lower prices, but the more degrees of separation there are between the client and the SEO company providing the services, the larger the likelihood of inefficiency, ineffectiveness and low-quality work. Trust me, I’ve been there.

Remember this “an expert seems expensive until you hire an amateur.” 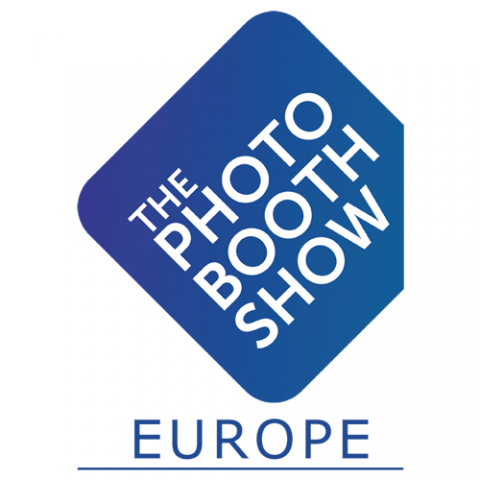 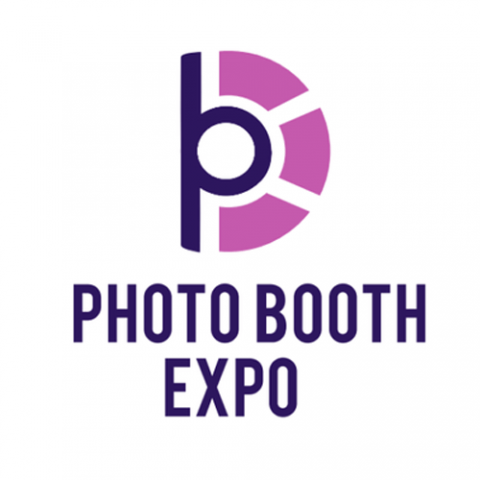 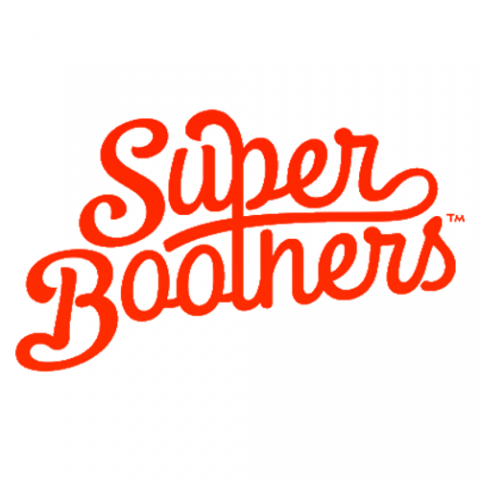 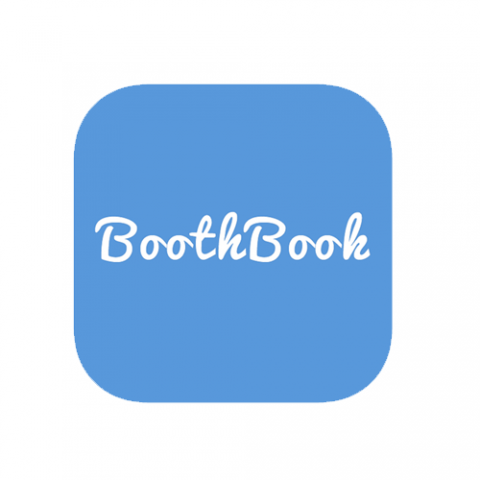 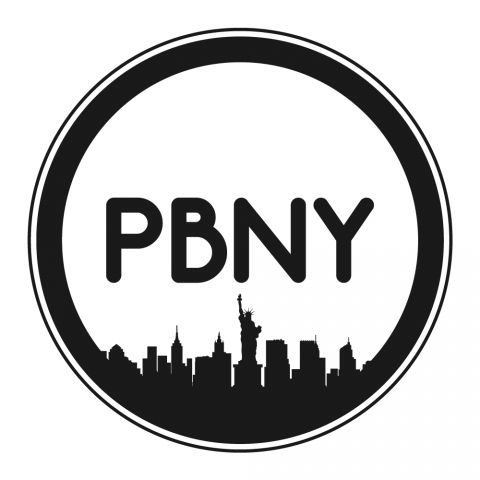 SO — if you want to work with me and boost your online traffic like I have, keep reading…

Once you’ve filled out the questionnaire, I will call you to gather more detailed information so we can accurately plan how to rank your website. You will hear from me within 24 business hours.

The initial call will be between 15 and 30 minutes.

All my advisory SEO services have been first tested and proven on my website before being mirrored onto your website.

At that point if you see the value in working together, great. We’ll talk and see if I am able to take you on as a client.

If your website has received a manual penalty from Google, unfortunately I will not take you on as a client.

There is a dedicated group on Facebook, I manage, called Photo Booth SEO if would like to join a community of people who are passionate about photo booth SEO.

If you don’t want to move forward, that’s fine too.