What’s a bar mitzvah anyway and why can’t I have one?

So you’re always hearing about some sitcom character talking about his Bar Mitzvah every time you turn on your telly box. But do you even know what a Bar Mitzvah is? And more importantly, wonder why you never had one?

But what does it mean?

Taken from the Babylonian Aramaic language, Bar means son, and Mitzvah means commandment. The literal translation is ‘son of commandment’ – and it refers to the traditional Jewish coming of age ceremony. And before you call sexist, patriarchal nonsense, there’s also a ‘daughter of commandment’ ceremony called the Bat Mitzvah. Turns out the bronze age was pretty feminist as epochs go. You should probably also know that Aramaic is one of the oldest surviving languages, with a written history going back more than 3,000 years.

Coming of age is more taxing than you think

Although we talk today of ‘having’ a bar or bat mitzvah, focusing on the ceremony, the correct way would actually be ‘becoming’ a bar mitzvah. In other words, you reach the age of responsibility for observing the commandments of the Jewish faith. And it’s serious stuff. Apparently, an important Bar Mitzvah responsibility back in the day was taking on the burden of paying your family’s taxes. Which in hindsight is probably the reason it grew into such a lavish celebration. After all, what father wouldn’t want their son to pay their taxes?..

These days, Bar and Bat Mitzvah parties are big business. It’s an important ritual in the Jewish tradition, and a great excuse to get the community together, reinforce religious beliefs and generally have a good old knees-up. But before you order a case of scotch, a word of warning: coming of age happens pretty young in the Jewish tradition. Just 13 for boys, and 12 for girls.

So your celebration needs to be an age appropriate, not to mention sober affair. Popular party themes include sports, technology, films, music and culture, but really, the possibilities are only limited by your imagination. (And your budget.) Fortunately, you don’t need to spend a fortune. Just prepare some fun party food, play some pop music, and maybe hire a photo booth to keep your guests entertained while capturing the party atmosphere with a series of silly selfies.

You’d need a party after all this…

Really, it’s lucky that throwing a party has become part of the Bar and Bat Mitzvah tradition. Everything else about it is pretty strenuous. As part of your rite of passage, you’ll be called up to recite a blessing over the weekly reading in front of your entire synagogue congregation. It’s also a common requirement that you learn (by heart) the entire Haftarah, including its traditional chant, and then recite it. Public speaking jitters are going to be the least of your worries.

So you’re saying I can’t have one?

Unless you want to travel back in time and become a good Jewish boy or girl, you’ve missed the boat. Makes Sunday school look like a walk in the park, doesn’t it? But if you’re planning a ceremony for your own son or daughter, why not take a look at some of our fun party foods? 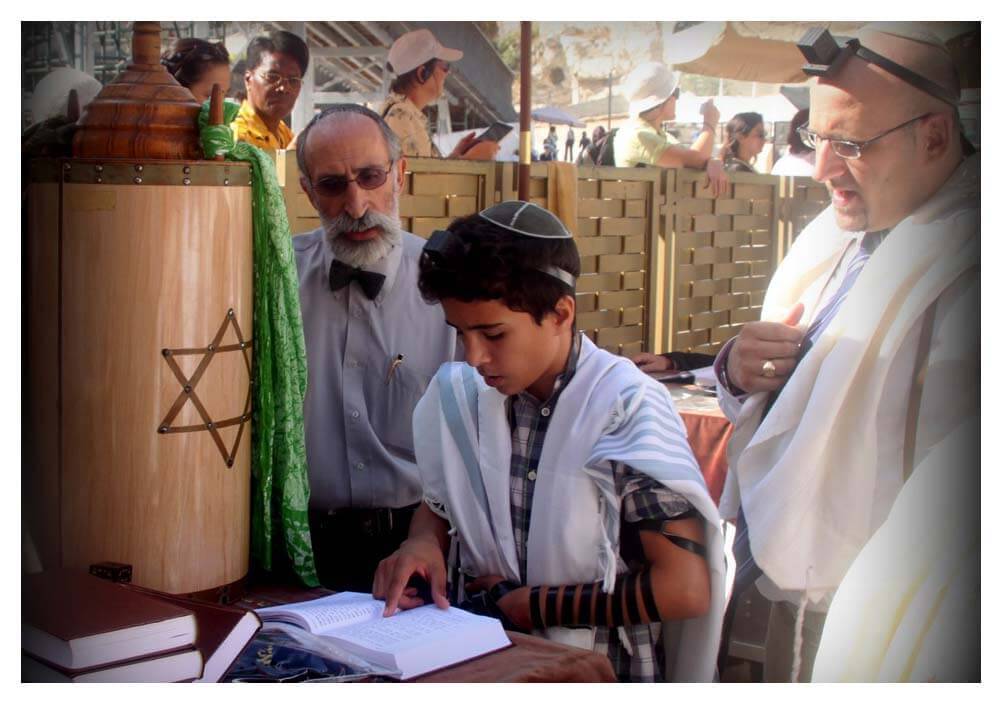