Five of history’s most extravagant parties

As we all know, the history books are written by the victors – and the victors hold huge parties. Here at Showtime Photo Booth, we offer photo booth hire for parties in London, giving you the chance to record the best moments from the night in a unique and memorable way. Photo booths have been at parties for many decades, but many of history’s biggest bashes were held long before the advent of photography. These parties were so lavish, wild and extravagant that they’ve become almost legendary. Some of history’s biggest and best parties even featured murder and assassination attempts, so we wouldn’t go as far as to say we’d like to have been present at these bashes – but a few photo booth snaps from the time would be interesting to say the least!

Andrew Jackson’s first term as President of the United States began in 1829. He was the first president to invite the public to his inauguration ball at the White House – and plenty of people turned up. History suggests that the crowd was so huge that Jackson had to flee his own party as the crowd drank heavily and became a mob, breaking dishes, wrecking furniture and grinding cheese and other food into the house’s precious carpets, which ostensibly smelt of cheese for months after the event. Reports suggest that servants had to move bowls and tubs of alcohol onto the lawn outside to get people out of the overcrowded White House. The tradition of holding an open house party to celebrate the inauguration ended in 1885, after increasing security concerns.

In 1520, England and France weren’t actually fighting each other (for a change). To further strengthen the bond between the two countries, Henry VIII and Francis I arranged a meeting just inside the then-English part of France. It wasn’t your standard state visit – each monarch brought a retinue of thousands of servants and soldiers. Naturally, there was a friendly rivalry between the two kings, each trying to outdo each other with feasts, extravagant tents, clothes, music and games. The awkward moment came when Henry challenged Francis to a wrestling much – but Henry lost. Ultimately this party didn’t mean that much in terms of politics – but it must have been an impressive event to attend!

We get it – 50 is a big milestone and you ought to throw a party to celebrate – but perhaps not an event costing $27 million. The Sultan of Brunei supposedly spent most of his budget on persuading Michael Jackson to perform at the event, leaving a mere $11 million to arrange for catering, the venue and other entertainment (what shoddy planning!). A stadium was constructed just for the birthday bash. 3,000 guests were treated to champagne, caviar, a performance from the king of pop and party bags containing (among other things) a gold medal. The party lasted two weeks…

Admiral Russell served in the navy, commanding Britain’s entire Mediterranean fleet. In 1694, Russell was due to head back to England for a bit of break when his superior informed him that he’d be spending the winter in Cadiz instead. You might not be too miffed to be told to spend a winter in Spain courtesy of your boss, but Russell wasn’t happy, writing: ‘I am at present under a doubt with myself whether it is not better to die’. In Christmas 1694, Russell annoyed his superiors further by holding one of the most lavish parties of all time, held on the local governor’s estate. 800 waiting staff served 150 different dishes, but the centrepiece of the event was a fountain filled with nearly 3,000 litres of punch. Drinks had to be served by a waiter in a canoe. Reportedly, the party was briefly halted when it began to rain – a canopy had to put up to stop the rain from diluting the punch.

The Opening of the Roman Colosseum

The Romans certainly knew how to throw a party – although they tended to rely on deadly games and executions for the entertainment. It took about ten years to construct Rome’s famous Colosseum, and Titus decided the historic opening should be celebrated with a party lasting for a hundred days. The games were just as brutal and bloody as you’d expect – an estimated 9,000 animals were killed during the inaugural games, including elephants, lions, tigers and rhino. Some sources suggest that an elephant won a fight against a bull and then kneeled in front of Titus. The games also featured the usual midday executions that the Roman public were used to witnessing. Other events included recreations of famous battles (including naval battles, where the arena was reportedly filled with water), chariot races and gladiatorial combat.

Hopefully your next party in London isn’t quite so brutal! For a much more civilised way of making your party special, why not hire a photo booth to make your party a night to remember? 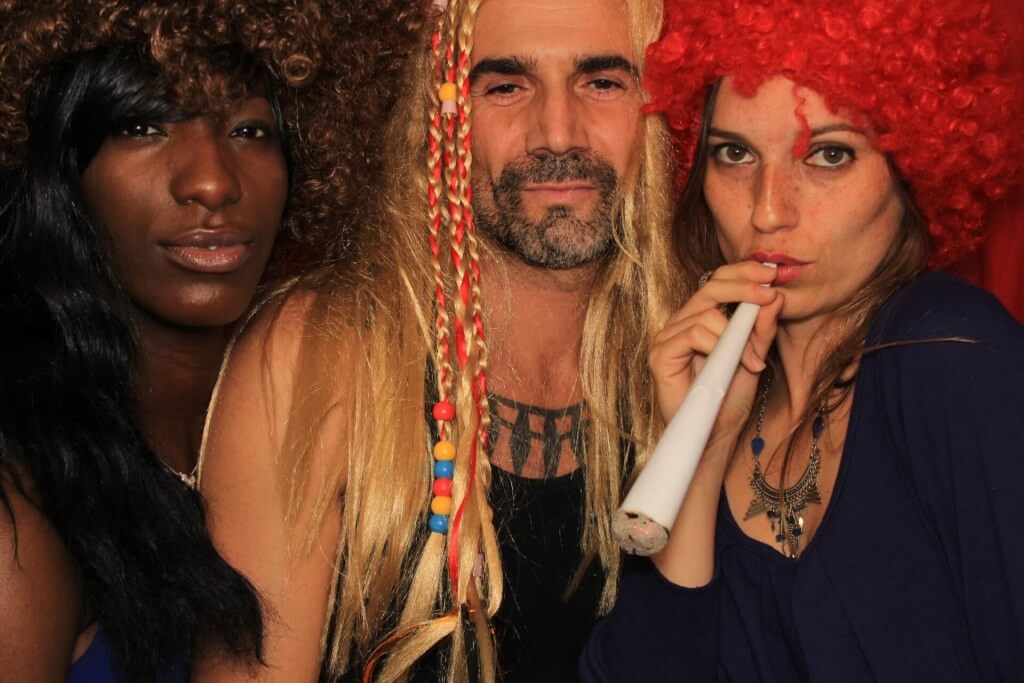